Nascar race used drivers fire suit from David Reutimann from when he was at Michael Waltrip Racing and even won the 100% authentic race used suit that David wore when he ran full time .David Reutimann drove the #00 TUMS Toyota, celebrates to victory lane when he won the NASCAR Sprint Cup Series LIFELOCK.COM 400 at the Chicagoland Speedway on July 10, 2010Awesome piece that would be great for any fan to have in their collectionShipped via usps priority 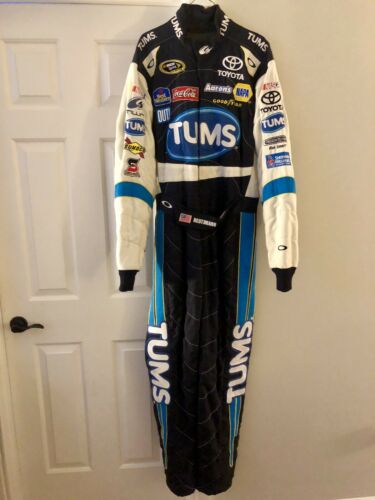 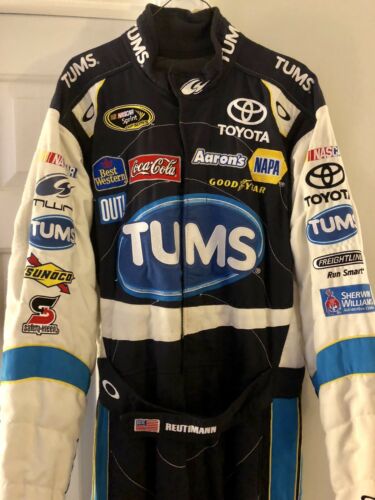 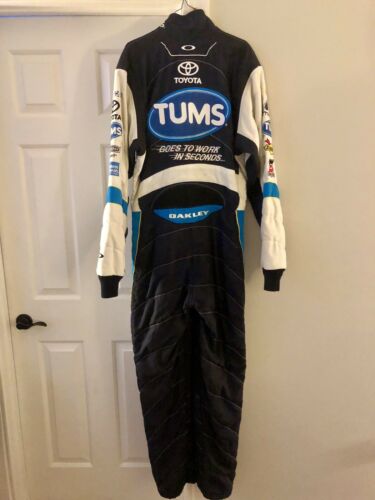 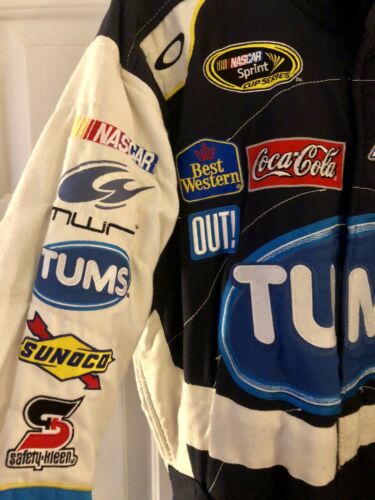 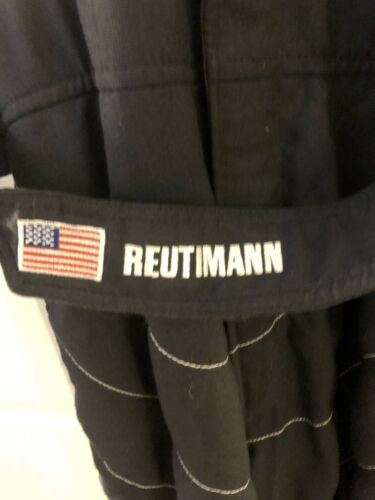 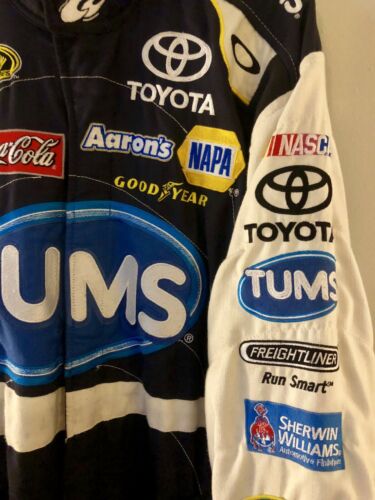 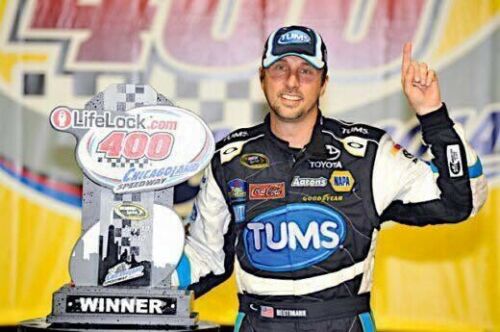 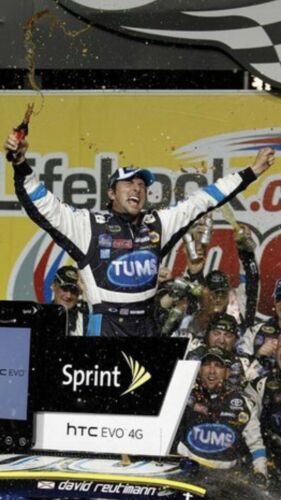