EXTREMELY RARE!! Dale Earnhardt Jr NASCAR team issued 2014 Daytona 500 Champion Ring. These rings were given out to Hendrick Motorsports team members only after Dale Jr won The Great American race for the 2nd time in 2014. Typically the crew members last name is on the side but the original owner opted to put “Earnhardt Jr” on the side which instead which is perfect for a collector. This is a must have piece for the die-hard Earnhardt fan. I’m not sure what size the ring is. The last photo is of Rick Hendrick holding the ring when he and Dale Jr distributed them to the team back in May of 2014. 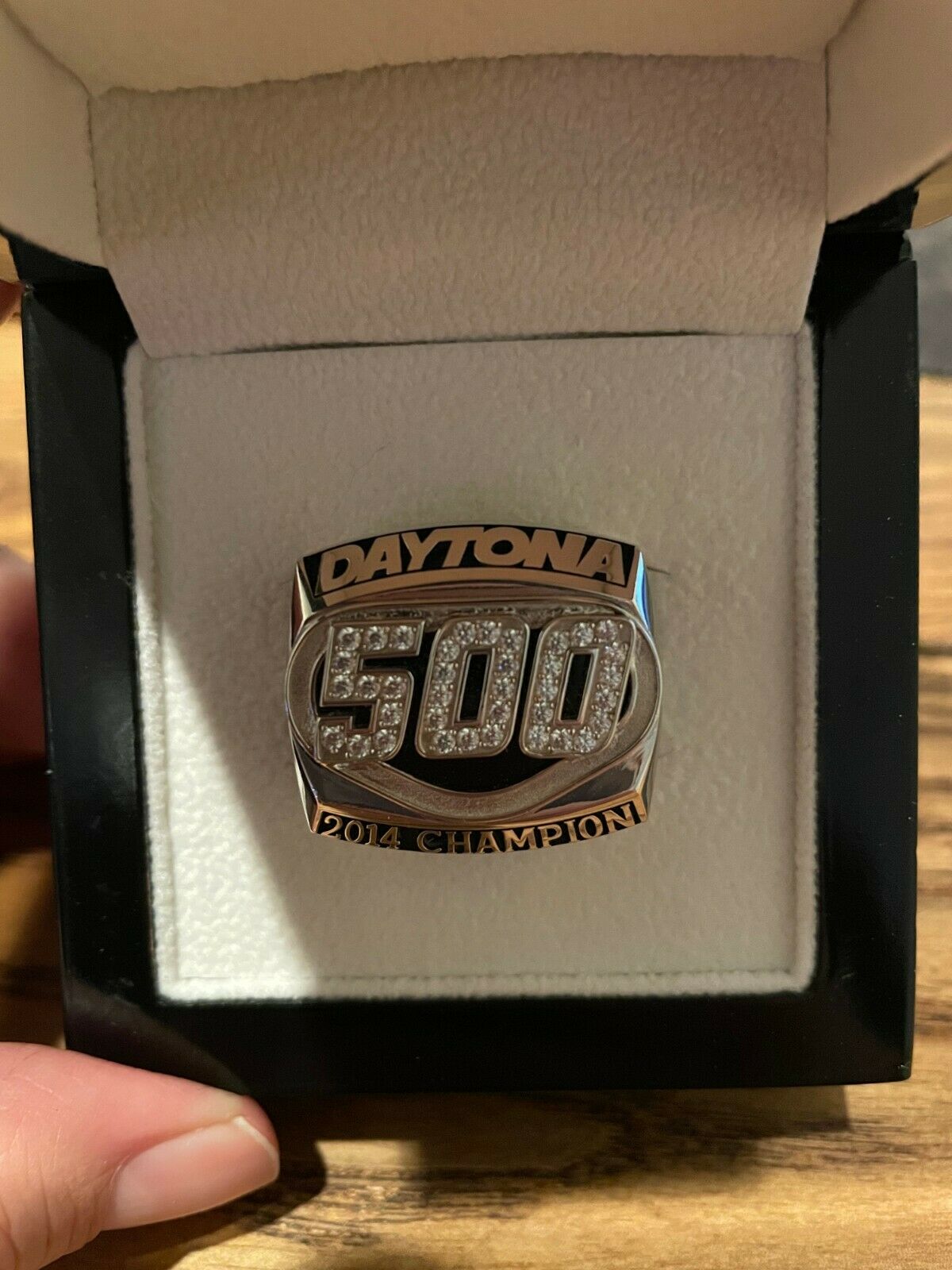 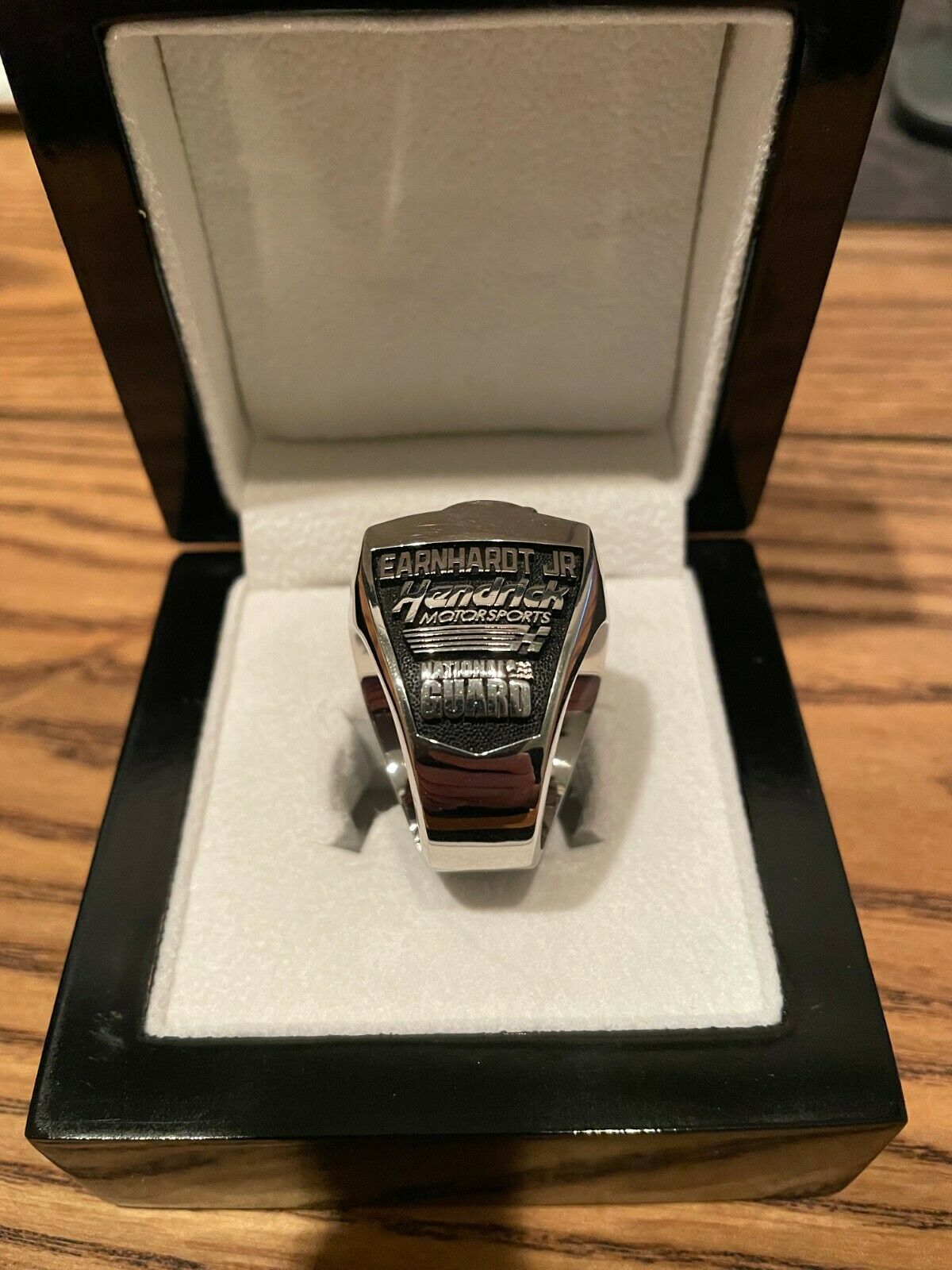 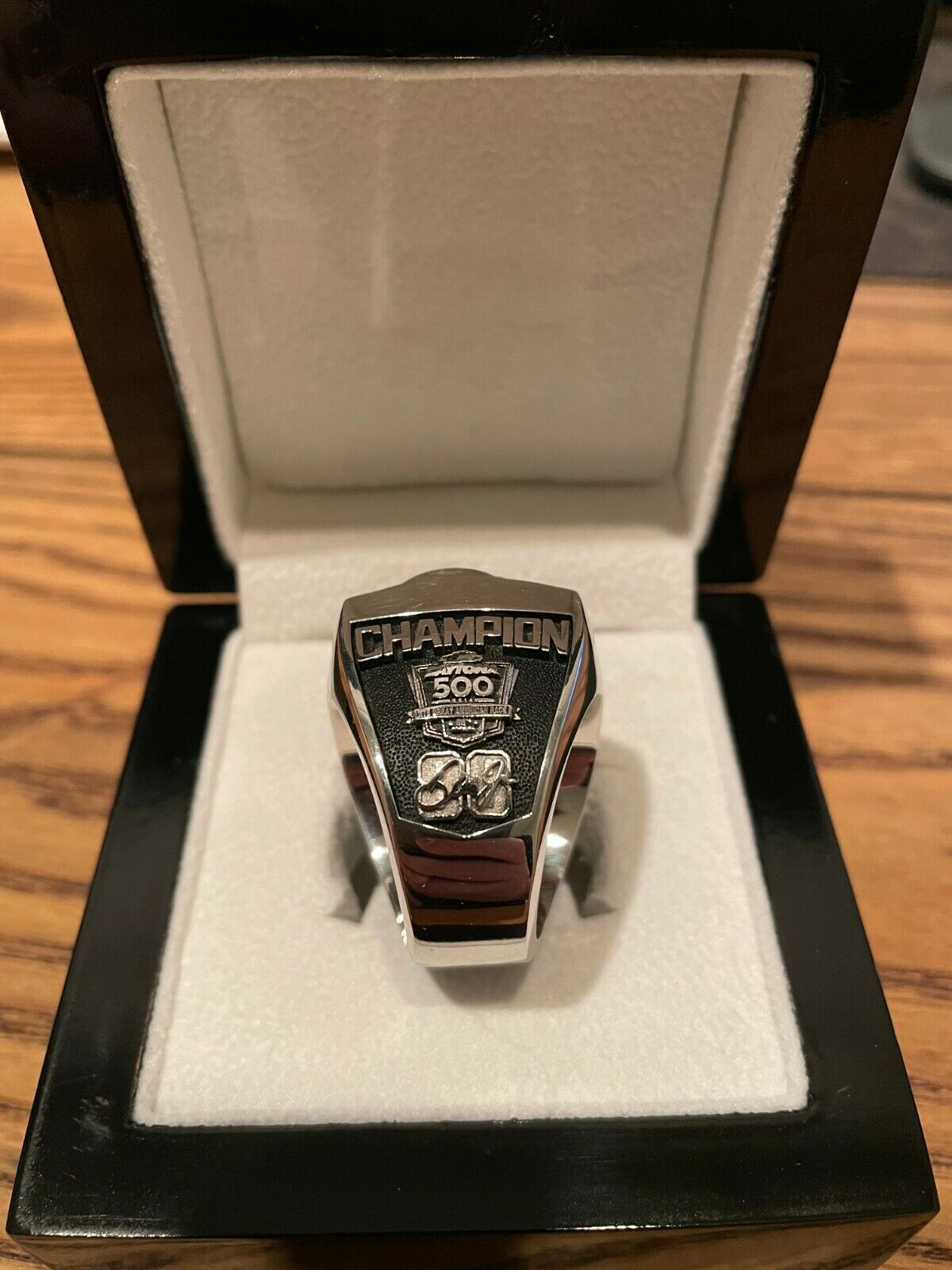 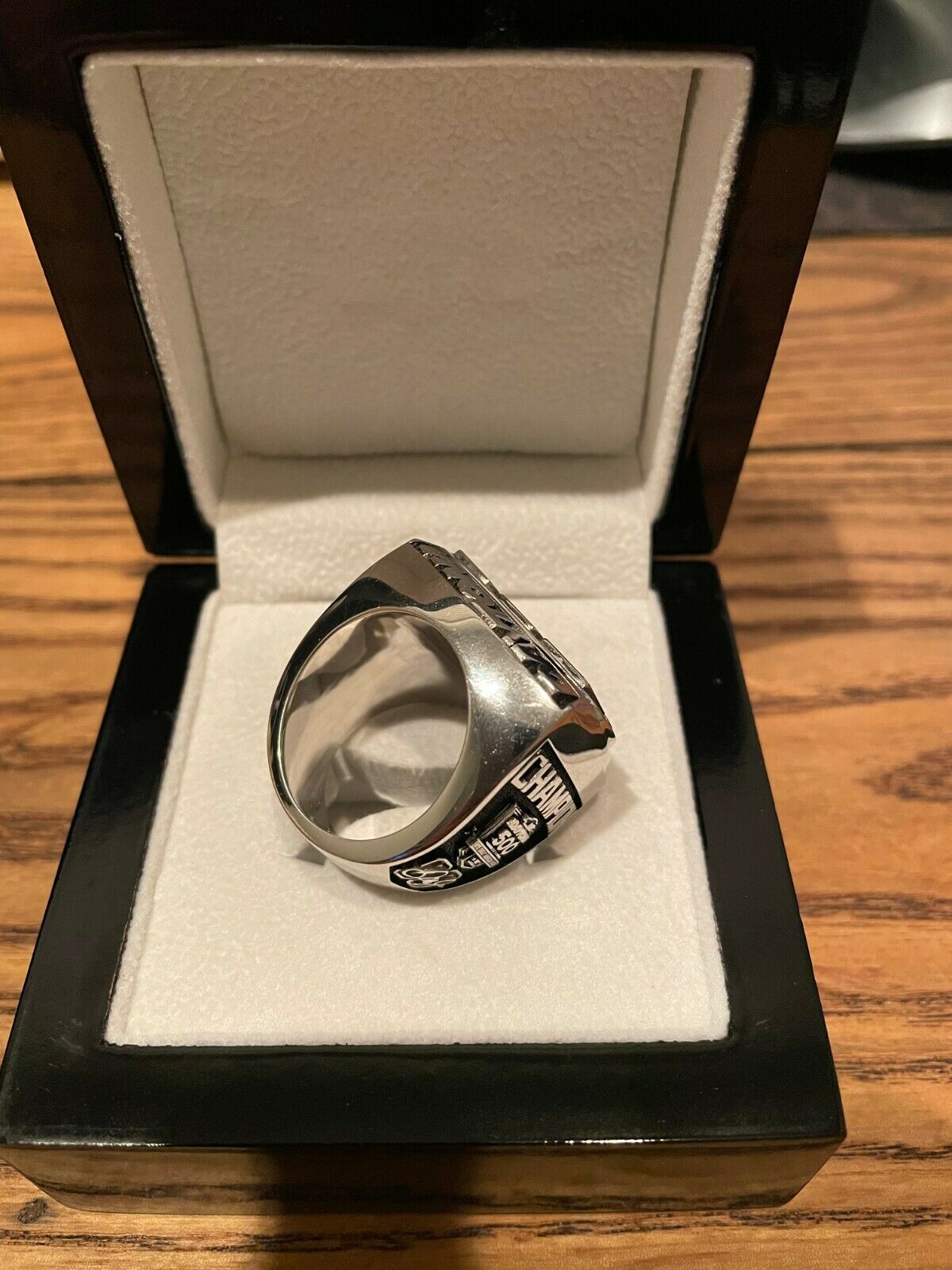 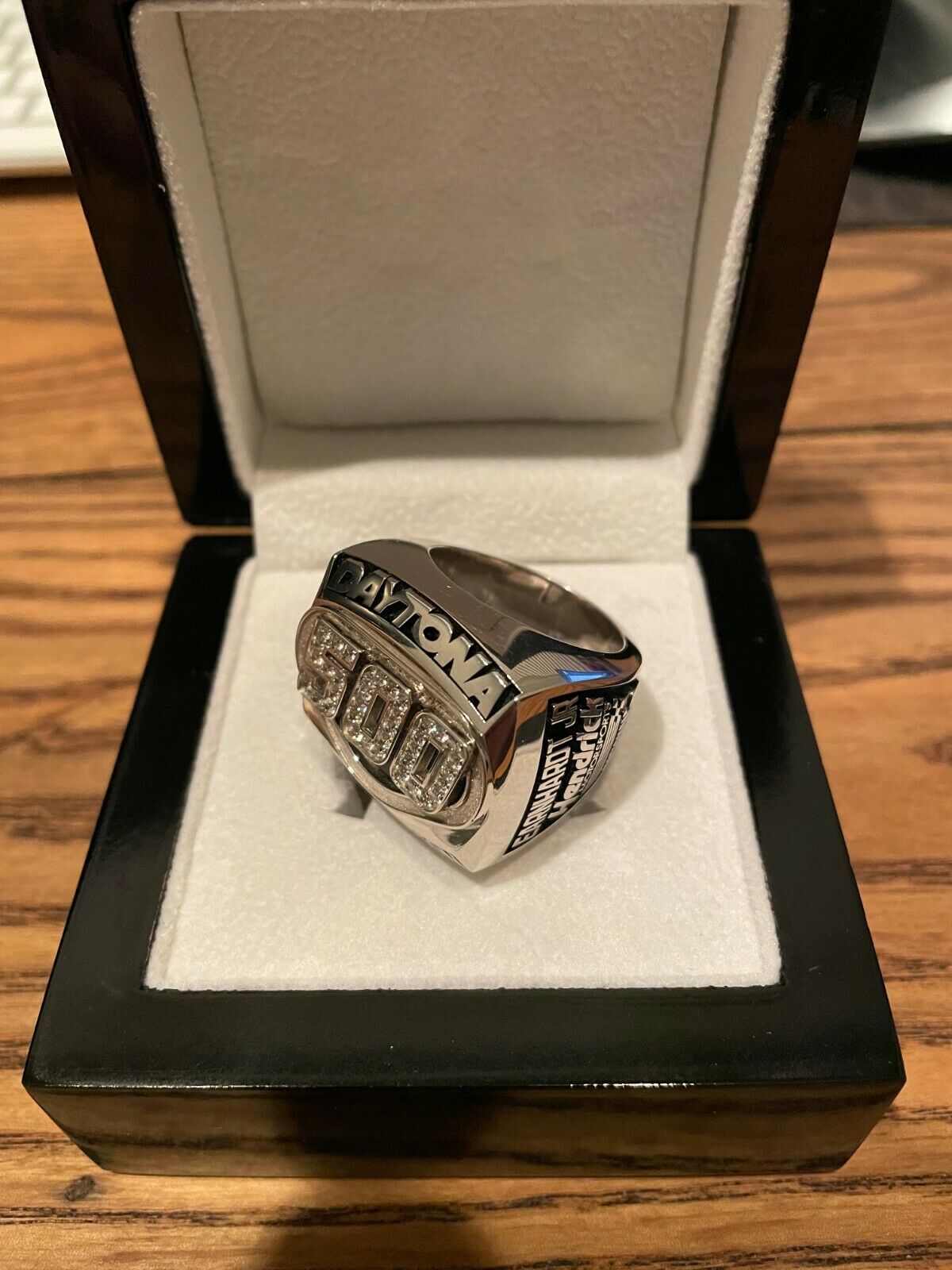 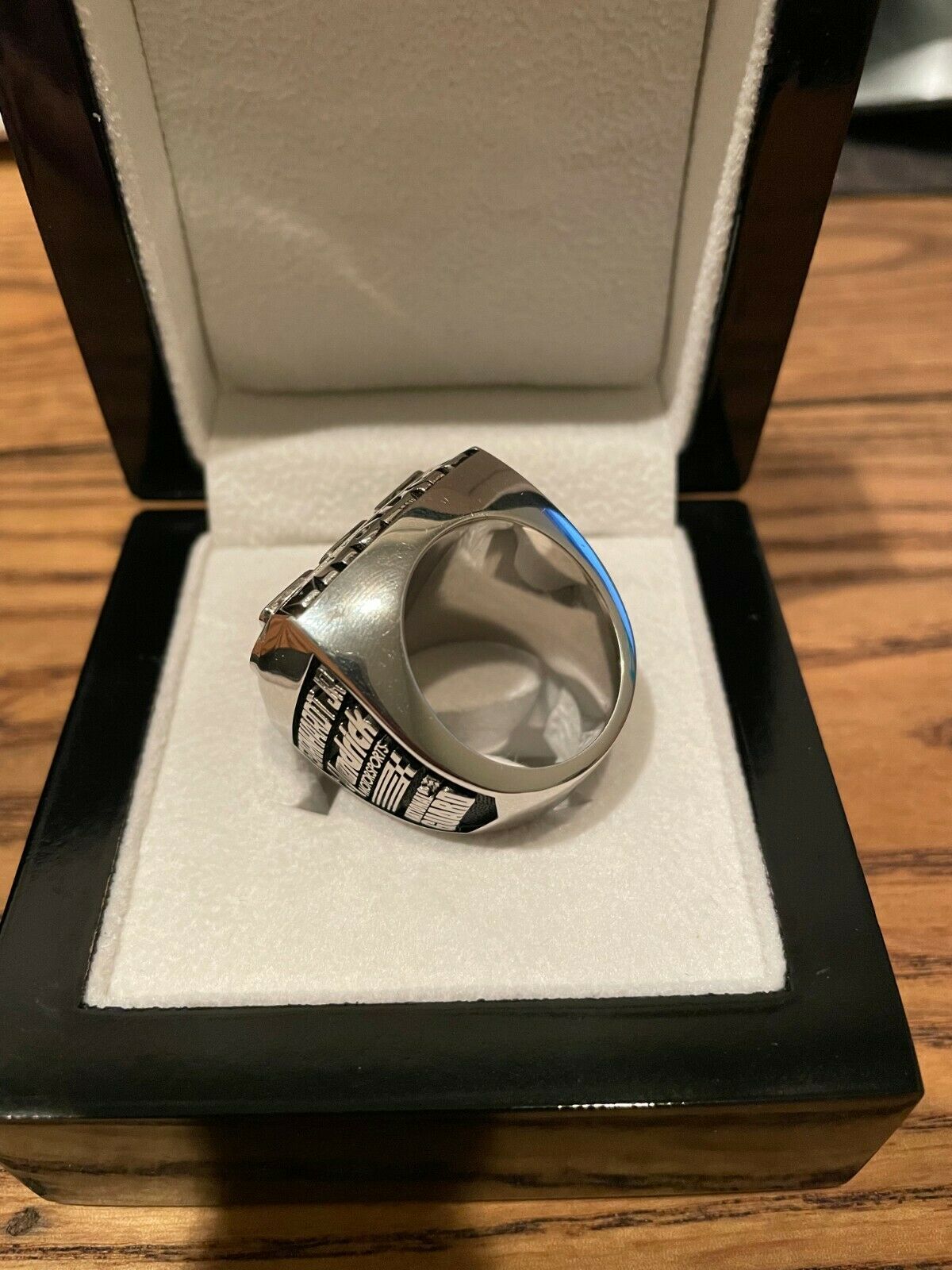 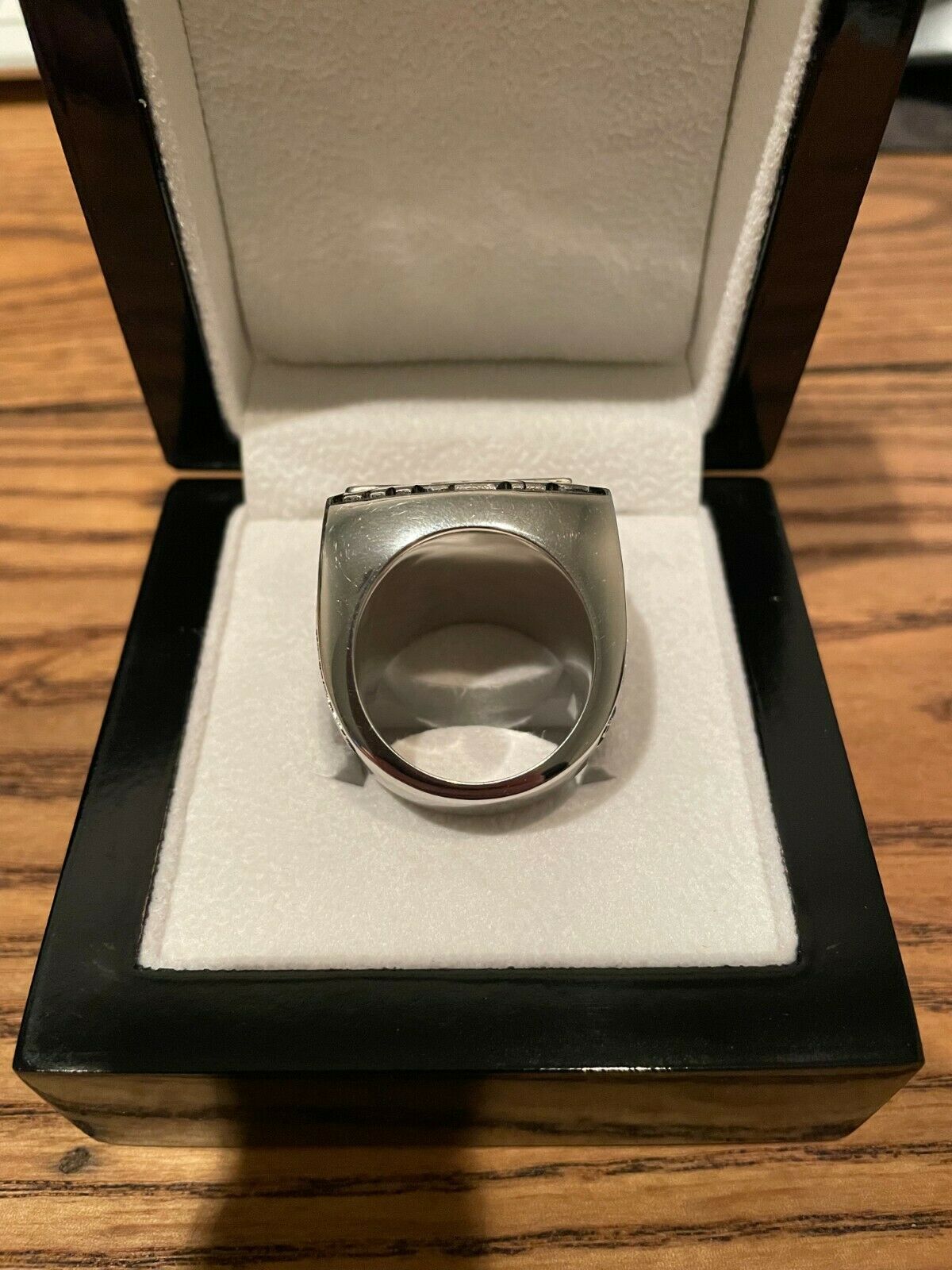 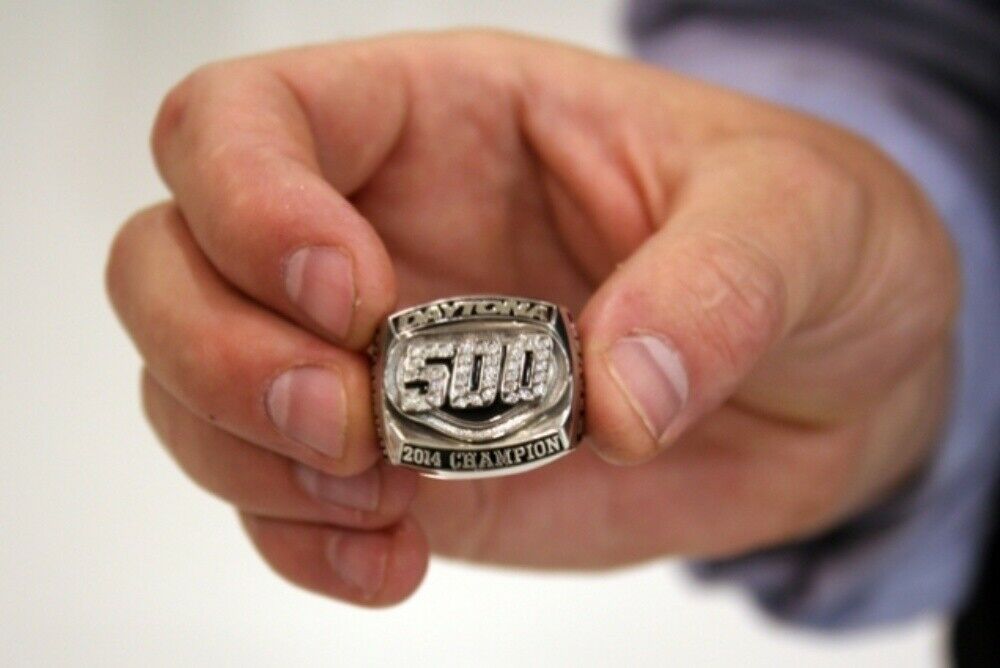