2003 Authentic Jeff Gordon NASCAR Winston Cup DRIVER SUIT with COA! WOW!! #6882.This is the type of suit we only come across on VERY rare occasions. This is a real deal Jeff GordonDupont driver suit from the 2003 Winston Cup season. We can not say exactly what race it was in, but we haveattached some stock images showing what appears to be a very similar, if not exact suit. This suit came to usfrom a collector here in Mooresville, NC who won this in a Jeff Gordon Foundation Charity Auction in 2005.He has hung onto this since then and has finally decided to part with it. He had it on display for 15+ years on a mannequin.The position of the mannequin to the window had caused some fading over the years, but not terrible. Unfortunately,the signature of Jeff has faded away, however, Rick Hendrick’s autograph can still be seen. This will come with the original COA from Jeff Gordon Foundation, on the original letterhead, not a photo copy. Rest assure, you are gettingthe real deal. Don’t miss out on owning this very rare driver suit, from one of the top drivers of all time! This suit has aFIA rating inside the belt, so technically could be used for racing though, but who would do that?Rick’s signature can be seen below the Goodyear logo. TO CLARIFY, THE AUTOGRAPHS FADED DUE TO SUN EXPOSURE. JEFF’S AUTOGRAPH CAN’T BE SEEN ANY MORE, BUT RICK HENDRICKS IS STILL VISIBLE. THE “HARD COPY” OF THE COA CONFIRMS THAT BOTH PEOPLE SIGNED IT ORGINALLY. YOU ARE BUYING JEFF’S ACTUAL RACING SUIT. IF YOU JUST ARE LOOKING FOR SOMETHING THAT HE SIGNED, YOU CANPROBABLY FIND THAT ON EBAY FOR 20 OR 30 BUCKS. 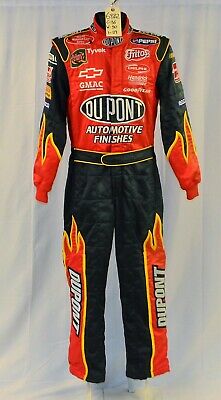 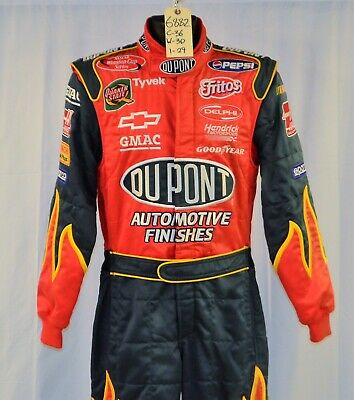 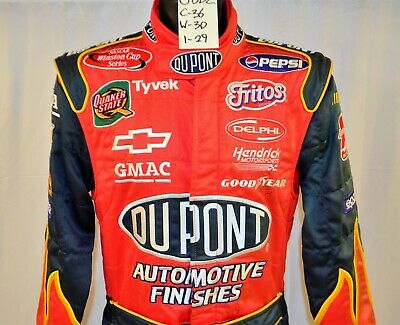 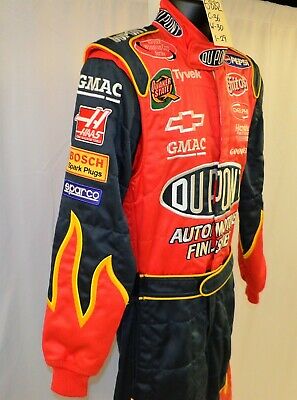 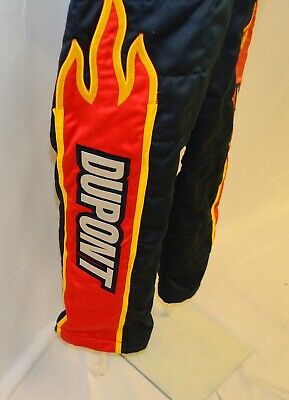 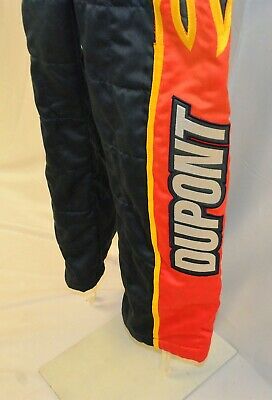 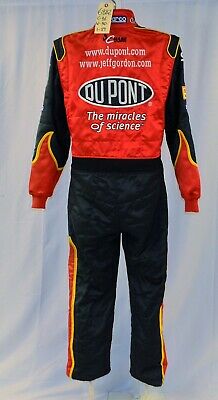 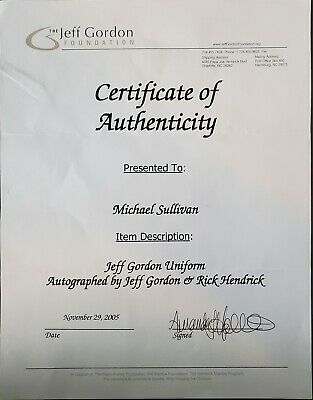 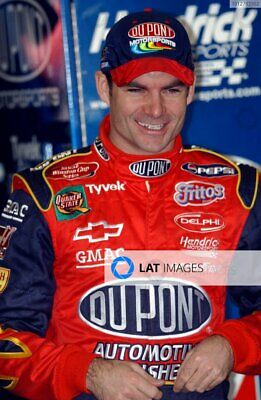 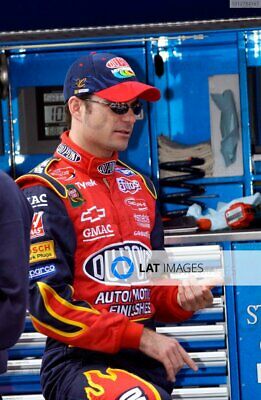 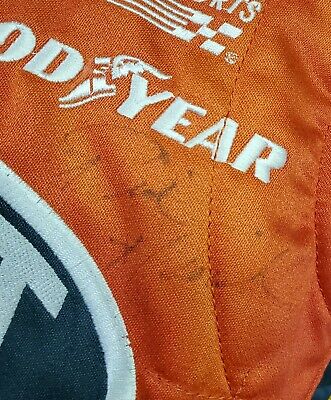